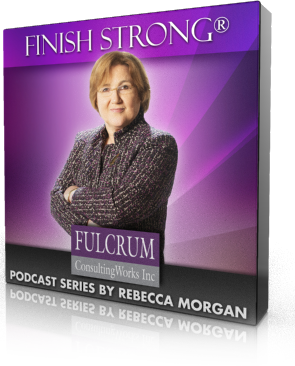 Finish Strong® Podcast Series The journey to excellence is not a simple one, nor does it follow a straight line. This podcast series addresses issues important to manufactures worldwide. Becky's insights include commentary on global, strategic, and tactical issues, as well as observations on current challenges and opportunities in manufacturing businesses. Feel free to suggest topics of interest to you; no doubt Becky will have something to say that will make you think. 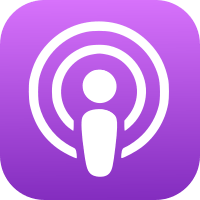 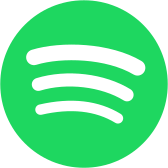 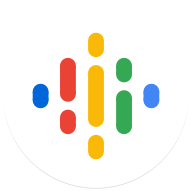 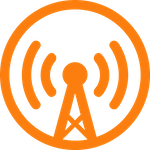 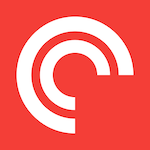 With labor, plastics, chips, cans and many other global shortages, demand is far greater than supply for many manufacturers. The question is: How best do we handle that?

Allocation is the term for allocating your limited supply. It should always start with a strategy — 100% to top customers, or split among markets or customers, or something else. Once the market-facing strategy is in place, execution must be flawless.

Truth and honesty are crucial, as your customers need that to plan their own business reactions. Constant communication of what and when that they can use is one side of the coin; constant commuication of honestly what they need and when, considering other shortages they are facing themselves, is the least they can do for you.

While working to resolve the shortages you face in a critical path mindset, serve your markets as best you can. These scenarios are horrible times to over promise.

It’s one thing to focus on eliminating problems between shipment and delivery, the typical point of supply chain visibility. It’s quite another to discover there is a small facility in some backwater country that is integral to your entire supply chain. Visibility into the high level participants in your end-to-end supply chain is an important component of risk management.

This podcast gives you an overview of how to get started identifying the players and the primary points of risk.

It’s not shipping on time that matters; it is receiving on time. That is true for you, and for your customers. That means manufacturers can no longer accept the black hole of logistics and last minute challenges.

Supply chain visibility refers to a system of real-time relevant data converted to information that is utilized to identify and solve near-term delivery problems. Awareness of problems is the first step in solving them. Whether it’s a truck that is delayed by traffic, inventory that is not in the warehouse you planned to ship from, or something else, these real challenges can be overcome when we see and prioritize them.

A tactical process, the supply chain tower — akin to a control tower at an airport — visualizes the exceptions that data provides to enable humans to make decisions to resolve them. This capability exists right now, but the data is not collected or presented in a usable format. Supply chain visibility requires working with logistics providers, your own shipping, inventory and order management systems (ERP), and your supplier shipping and customer receiving functions to create that real-time visibility.

Once you recognize a problem you can prioritize and resolve it.

Industrial Internet of Things is the digitization of important variables, with that data converted into information that creates faster and better decision making. Business leaders often believe the software development part is the most challenging, but that’s far from true. In fact, programming is the easy part of IIoT.

The business decisions, the data to be collected and retained, and the actual integration of the information into decision making and directly into operations is the biggest challenge you will face. Think about those first, then add a few sensors, collect some data, convert it into information, and see how your integration plans work.

Like every other major change in thinking, doing, or deciding, change management needs cannot be overlooked.

The Industrial Internet of Things (IIoT) is by definition about the digitization of factors important to your business operations that is not currently captured as data. It could be temperature, speed, humidity, wear or any number of other factors. Digitization creates data, which must be converted into information if it’s to be worth the time and effort to capture it. That information must enable or make better and/or faster decisions than would have been made without it.

There are any number of business considerations in implementing worthwhile IIoT, and there are multiple data decisions that must be made as well. Today’s podcast summarizes the four S’s important in the design of your IIoT system: (1) Security, (2) Stability, (3) Scalability, and (4) Standards. Don’t put those off!

This 3 minute podcast includes explanations and examples of each.

That is much better than most I see, but after I asked “why?” a few times, he responded that he is devoted to enabling people worldwide to enjoy listening to music that sounds as close to the original as possible.  It’s not about vinyl records. It’s about the enjoyment of music lovers as they listen to his product, which does sound as close to the original as current technologies allow.

Do you notice the difference? It’s never about the product; it’s always about the value the product or service delivers to the customer. That’s where logic converts to emotion, and emotion is what involves people in the dream.

Mission, vision, and core value statements were once considered serious. And then fluff, because companies had them, but didn’t live them.

I have come to realize that Mission Matters! So do vision and core values. Together they attract the people and partners you want, or chase them away. They provide a touchstone for how your organization intends to improve the lives of those it touches, or a source of derision. They give a consistent direction to strategy and priorities, or aren’t even considered.

No one creates company-specific definitions of those guideposts to sabotage market perception, much less spurn needed resources. The walking away happens when those phrases are discredited by company behavior. Or irrelevance.

Mission is not a tagline, nor a phrase copied from a different website. It is why your business exists. It attracts, or it repels. Or it promotes apathy.

Your mission does not have to be world-changing and should not be quixotic. But if few share it, endurance will be elusive for your company.

CEOs, COOs, and consultants like myself do NOT know everything. We shouldn’t pretend to, nor expect ourselves to. We do need to constantly focus on learning, thinking, and applying what makes sense.

We all too often overemphasize the differences and underestimate the similarities of our operations with that of others. Becoming skilled at recognizing which differences truly matter in a specific circumstance and which similarities allow us to learn the most is crucial to the effective leader of a manufacturing business.

Lazy leaders believe that copy/paste is a step forward, when it is doomed to fail. For example, failing to comprehend the thinking system behind its tools, many see a Toyota tool like kanban and try to copy/paste it into our own operations. Toyota developed, and continues to evolve kanban and every other visible tool it has to address its own business challenges and its own current state. They don’t have you in mind.

When we observe others, strong leaders will focus on the thinking behind what they see that seems effective; then we ask ourselves how that thinking might make us better. Some of it won’t. It’s up to us to recognize the difference.

That’s why Toyota lets everyone, including its competitors visit its factories. No one can see what they do that makes them special, and the vast majority of visitors are seeking silver bullets, not entirely different thinking.

You and I can learn by observation, listening, and thinking. The first two without the third are dangerous. The third without the first two is stymied by our own myopic blinders.

Let’s actively prioritize learning from everything we observe, and applying to our own businesses the thinking that helps us move forward.

Inconvenience and risk are present in our manufacturing businesses every day. Some should not prevent us from moving forward now; others represent to much potential risk — probability and/or severity — and require delay as we better understand and plan.

You likely do much of this in your head daily, but may not realize that all your employees do the same things. You are not likely aware of what assessment process each uses.

Worker accidents often emanates from failure to understand risk, or the belief that management would expect them to not let a little inconvenience keep them from moving forward.

I encourage your to blatantly discuss out loud your decision making assessment so employees can begin to understand the level of risk the company is willing to accept. And please make clear that taking a chance that could involve an accident is something the company wants no one to do, ever.

Help your employees actively understand the concepts of risk identification and assessment, and how to align their decision making with the company risk tolerance.

Last week’s podcast exposed my frustration with executives and journalists who claim to understand lean but obviously, to me and my opinionated thinking, do not. Today I will share a few of the critical distinctions that underlie my passion.

First, when I hear the word “lean” I immediately think of the Toyota Business and Toyota Production Systems. The 1991 one book, The Machine That Changed the World, shared the findings of the Massachusetts Institute of Technology’s $5 million, five-year study on the future of the automobile. This book made the term lean production known worldwide. The association with the word “lean” and Toyota’s “they’re doing something different there” performance got the attention of many manufacturing leaders.

Because no company wants its named operating system to refer to a different company, the majority simply refer to what they are doing as “lean.” The problem, for me at least, is that the word “lean” has no consistent meaning across, or even within, companies. But the word is used as if it reflects a specific operating system approach. It does not.

For example, a company will say it uses Kanban, a tool from TPS, as evidence they are lean. That tool, to Toyota, reflects a stopgap measure on their way to creating flow. It is a system they designed to meet their needs at the time. Toyota has modified that tool many times, and differently to reflect various conditions, as it becomes closer to the ability to flow. Whether it involves a card or not, is irrelevant. The information on the card is irrelevant. What is relevant is that Toyota uses it as a means of scheduling, inventory control that the people involved in the process design and manage. It is used between various process steps to highlight currently necessary interruptions to flow, which are then attacked. Kanban is not the goal for them, nor has it ever been, nor will it ever be.

The Toyota Business and Production Systems are ways of thinking and behaving, not a set of tools. A tool may evolve out of thinking to solve a problem or generate an opportunity. Tools are not the purpose nor the goal for that company. They are simply a means to an end, with the focus always on the end.

While I have been to many Toyota facilities, and have invested time with many current and former Toyota leaders, I know enough to know I understand very little of TPS. But I passionately understand that.

JIT, the subject of last week’s rant, is a goal driving many Toyota efforts. It is not an inventory management method. To any and all who want to use Toyota, or another leading manufacturer, as a model for thinking and behavior, please do not believe that copy/paste is the answer for you. It is not. That thinking is one of the primary distinctions between TPS and lean proponents.