Here’s how to effectively make management and leadership changes (read: to fire someone), maintain the respect of all affected and minimize any negative business impact. 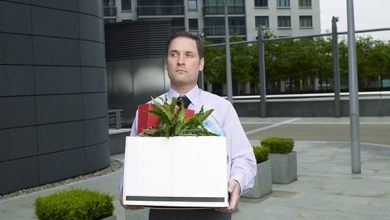 The agenda for a breakfast meeting with a VP of Operations changed as soon as he sat down. He told me he had been fired during a meeting earlier that week, although the owner/president had asked him to stay on until the end of the month.

He said that in the work days following his firing, the owner had acted like nothing has changed.  Perhaps he has been “unfired?” He’ll be leaving at the end of the month regardless.

Trust has been completely broken.

That same week, a different VP of Operations asked me to meet him for coffee. He started by telling me that he had been fired, but with some unknown future termination date. The CEO had mistakenly copied him on an email that included the name of the executive search firm looking for his replacement.

The gaffe brought to his attention, the CEO apologized and asked the current VP to help interview his replacement and stay to help with the transition. In exchange, the VP would receive six months of severance. If he refused, he would receive no severance. There is no deadline for hiring the new VP.

I trust that most of you reading this find the two incidents as bizarre as I do.

The gentlemen had each held his leadership position for several years with results to show for contributions. In one, a strong annual review preceded the firing by about eight weeks.

One of the two had been a client with a previous employer of his; the other, never a client. I would hate to think that a manufacturer I respect enough to work with would show such little respect to its employees.

Can an owner fire someone? Of course. As can a CEO. And it can be done without cause. The issue here is not with the executive decisions, but with the impact of the manner in which they were handled.

Whether privately or publicly held, respect is integral to the performance and reputation of a company. The cream of the crop wants to be part of an organization known for respecting suppliers, customers, employees and the community. Only the desperate or uniformed choose otherwise.

There are effective ways to make management and leadership changes, maintain the respect of all affected and minimize any negative business impact.

My experience is that a face-to-face honest conversation, with a mutually determined exit plan and explanation works best. If the person being fired has been unethical, exit now! If the departing executive can behave professionally (the two CEOs above must believe that those two individuals they fired can), the escorted “walk of shame” is inappropriate. As is dangling from a rope.

Maintain the self esteem of the departing executive and the trust of his peers and direct reports throughout the process. Answer questions as honestly as you can.

People get fired. It’s not the end of the world.

Handled well, it is one of many transitions that a company will undergo.

Handled poorly, it will break trust and hurt the organization.