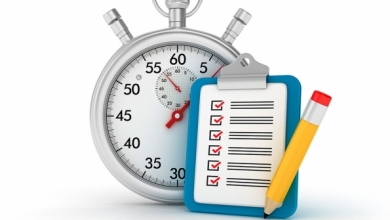 The system of Management by Objectives (MBO) was structured by Peter Drucker in the 1950s. Plentiful and diverse organizations have used the technique, many to this day.

The MBO process involves an employee and his organizational superior agreeing on objectives to be accomplished by the employee, occasionally discussing the means for doing so. This process is executed for every employee under the theory that objectives clarify roles and responsibilities.

The football coach wants to win games. That is his objective. He believes, based on his experience, that winning teams score at least 21 points per game, and do that by completing at least one pass for a touchdown, running for over 150 yards, and creating a turnover that is turned into points.

The objective of the CEO is profitable growth. He believes, based on his experience, that flexible operations, broad product offerings, and low costs are keys to success.

The CEO and his executive team agree on the objectives. Operations must provide same-day shipment and marketing will offer at least 10 variations of every product at a gross margin of 40%.

There are now two minutes left in the game. The football team has 18 points and the ball. The receivers have not scored a touchdown and the running backs have combined for 140 yards. The defense has not yet created a turnover.

The big industry show is just 9 months away. Marketing wants to introduce several new products with multiple variations, engineering has not finalized the design, and supply chain wants to source in low-labor-rate countries to assure the margin.

We now have three very different approaches to moving forward: a run, a pass, or a turnover to the other team so the defense can create a turnover and score. Neither the opposing team nor the score matter to those trying to obtain their objectives. Nor do the objectives of their peers.

Marketing contends the date of the show has been known for over a year and insists on moving forward with the introduction there. Engineering wants to delay six months until the next show to execute parts rationalization and modular design. They insist that will reduce costs and increase flexibility. Supply chain needs the final drawings now to negotiate price with potential suppliers and ensure availability.

Where is the management in this?

One can argue that all of them would focus on winning the game over their individual goals, but there is no reason to believe any are not convinced their option is most likely to accomplish that. One could argue that the recommendation of the defensive coach is higher risk, but tell that to the Super Bowl champion Denver Broncos who won because of their defense. If a pass seems safest, ask Russell Wilson whose last second interception by the New England Patriots confirmed the Patriots as Super Bowl 49 champions. The list goes on.

Depending on the score and the number of opponent time-outs remaining, the best option may be the quarterback taking a knee three times. That unfortunately, helps only the head coach reach his goals at the expense of his subordinates. No matter what play he chooses to call, he is reducing the opportunity for some to attain their objectives. Feel the resentment grow.

Being early to market is proven to increase profits over product life cycle. Both parts rationalization and modular design enable flexibility, reduced inventory and product costs, and lowers complexity. In some cases, but certainly not all, sourcing to low-labor-rate countries reduces costs. Supply chain believes this is one of those cases. Finger-pointing thrives.

So MBO creates objectives that seem to make sense at the time, but don’t facilitate optimal decisions as circumstances evolve. MBO appears to provide management, but more often delivers abdication. MBO feeds conflict, contradiction, and cynicism. In an effort to meet individual objectives, we can all find reasons and examples to support why our plan is best.

True success requires organizational agreement on priorities, understanding of trade-offs and work to eliminate those trade-offs, and cooperative assistance in eliminating either/or constructs in decision-making.