How to build an effective process to predict and fix product problems. 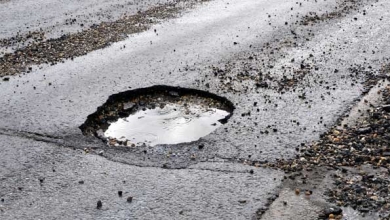 The potholes on northern roads are mindboggling. Now as rumors of Spring abound, city trucks are out allegedly filling them. Those patches sometimes last 24 hours, sometimes less, sometimes more. But they do not fix the problem.

This happens after 100’s of cars have broken wheels, flattened tires, and in some cases, damaged the undercarriage. Oh yes, and wrecked trying to avoid potholes large enough to be named.

Cities work hard to avoid responsibility for those damages, and defend themselves with the ignorance claim: “We didn’t know about that one so had no chance to fix it.”

Do these people not drive home? Do they not see the photos? Do they deny the calls received from citizens describing locations of the worst? Are they not able to predict the most common pothole locations?

While governments claim poverty for not having proactive systems in place, companies don’t find money growing on trees either. Regardless, customers — whether they be citizens with flat tires or the capitalism kind — expect responsible parties to prevent predictable problems and respond quickly and effectively to surprise problems.

That analysis can predict where product potholes are most likely to occur, and those should be infrequent. When surprises occur, additional analysis and improvements to process and/or product are in order.

AQL (acceptable quality level) is a concept long since replaced with defects per million. Six sigma is all about making that number extremely small, as was Statistical Process Control (SPC), before it. Product failure is no longer expected, nor accepted by customers. Failure to meet those expectations can quickly kill a company.

Some countries with weather as extreme as ours have roads superior to ours. A large part of that is how they are initially installed; a second aspect is their maintenance process. Consider those a focus on cost effectiveness and reliability over annual budget.

Are your reliability testing, product design, manufacturing and supply chain processes, and your customer service consistent with the reputation you want? Or do they bring nightmares and comparisons to a city street department?

Are your reliability testing, product design, manufacturing and supply chain processes, and your customer service consistent with the reputation you want? Or do they bring nightmares and comparisons to a city street department?

Every organization faces uncontrollable variables, demanding customers with high expectations, and financial limitations. It’s how priorities are set and financial impact considered that differentiates great companies from the street department variety. If monthly results are more important to you than required investments in reliability, you know where you stand.