A rational explanation of the two divergent views of U.S. manufacturing’s future. 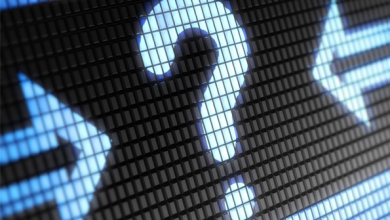 Like many of you I receive an IndustryWeek newsletter with links to current articles regularly.

Recently I noted that one article listed was titled “Who Is Killing American Manufacturing” and another “Companies Bringing Manufacturing Jobs Back to US.” Two different views of current economic conditions of manufacturing here in the United States.

So what is real?

It is true that some U.S. headquartered companies are shutting down operations here and moving them to Mexico or elsewhere. It is also true that some U.S. companies are reshoring their operations to the U.S. We are undergoing a significant adjustment in the location of manufacturing operations around the world. It’s a logical one, especially following the often short-sighted decision to chase cheap Asian labor several years ago. But it’s also a strategic one.

So what can we expect?

A continuation of this relocation process over at least the next decade.

Because just as “right-sizing” occurs as markets shift, so will “right-locating.” Sometimes this is to correct prior bad decisions; occasionally because of changing strategies; often because of the pursuit of new markets. The decision of where to locate manufacturing operations is not a simple one, especially as global environments change. And this is true for global companies headquartered around the world, not just those here.

Why has Toyota invested in significant manufacturing capability in North America? Because it believes in locating in its major markets. It is a strategy they continually evaluate and, so far, continually implement. With multiple foreign companies producing in the U.S. and U.S. companies producing worldwide, “buy American” is confusing at best.

Why are major U.S. manufacturers moving facilities? Primarily for two reasons: (1) to be close to their markets, and (2) to reduce costs. Globalization leads the first. The second is a bit tougher to generalize. The short-term focus on earnings that executives of publicly held U.S. companies have results from compensation plans and the active stock market here. Accounting rules often support those short-term decisions, at the expense of long-term thinking. And unfortunately, too many executives make choices aimed at minimizing taxes rather than creating a thriving future for their company. But those factors don’t mean that all decisions to locate abroad are bad ones. A company must be competitive and frequently that impacts optimum production location.

Lamentably, MillerCoors recently decided to shutter one of the best plants I’ve ever seen in favor of one a bit newer about 200 miles away. The Eden, N.C., operations team had created an outstanding culture and was regularly named one of the best U.S. plants in the company, but that wasn’t enough. The newer facility in Virginia may quickly become just as good, but tell that to the former employees in North Carolina. This was a market access decision initiated by declining demand. A business decision, as they say. While that feels cold, the reality is the company had to right-size, which in this case also meant “right-locate.”

Mergers, divestitures, infrastructure, capital requirements, work contracts, laws and regulations, water access and availability of a qualified workforce all impact location decisions. So does the location of markets and raw materials. Top executives who make these determinations, virtually always after an extensive study of options, are rarely bad people. They have multiple constituencies to consider, and employees are only one of those. An important one, but only one.

Effective product design coupled with speed-to-market with market-verified products can make labor costs inconsequential. But that doesn’t mean locating capacity in the U.S. is more attractive.  It just eliminates one of the simple factors that begat the offshoring craze several years ago.

Manufacturing is not dead, nor is it dying. As with anything else, it evolves. The how and the where are rapidly changing now for reasons we can expect to continue for at least a decade, if not longer. New technologies and increasing expectations of immediate delivery are accelerating relocation decisions for both market and cost reasons.

So where is manufacturing really going? Towards speed, technology, and a qualified workforce. Wherever that may be tomorrow. If we want manufacturing to remain strong in the United States, focus on improving those factors that matter most.