Too many of us are looking for the clever exciting path to excellence when the most direct route is … paying attention to details and to the fundamentals. 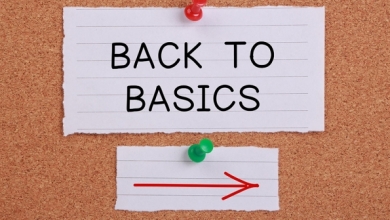 A SWAT team stormed a house in Worcester, Mass, finding a man, woman and two children, but not the suspect they sought. Turns out he lived elsewhere and had been arrested two weeks earlier.

Despite employing the best American football players in the world and practicing extensively, many an NFL game is lost with a missed tackle or missed block. Whether the defense was in Cover 0 or Cover 2 doesn’t’ really matter when a player can’t make a tackle.

Too many of us are looking for the clever exciting path to excellence when the most direct route is right under our nose. Paying attention to details and to the fundamentals of manufacturing is basic to providing superior service to customers, yet often overlooked.

Companies don’t have to make a choice. Often they don’t even realize that they have. They just lose focus on the fundamental details that make it all work well, chasing the next shiny object.

The newly fashionable “Customer Experience Officer” should be spending as much time on ensuring basic processes are robust as he does on designing a new retail outlet. Customer loyalty does rely on “the experience,” which includes receiving an accurate invoice and the what/when/how many ordered being delivered as requested.

There is plenty of money wasted by ignoring the fundamentals. Even under the bright lights of Broadway, the play has to be good.