Why we should be ready to celebrate the demise of manufacturing as we know it and revel in its bright future. 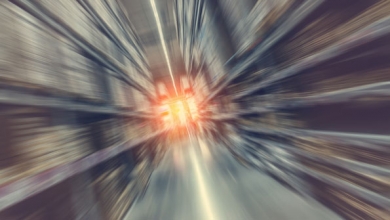 As Mark Twain experienced, the death of manufacturing has been greatly exaggerated. Until evidence suggests that materialistic values and modern conveniences are being rejected worldwide, my belief in the survival of manufacturing will remain firm. The what, where, how, who and when will continue to change drastically, but “if” is not a question.

In the early 1900s agriculture jobs in the United States and other developed countries fell precipitously, as technology and science advances improved productivity and people moved from farms to cities to find their next employment. In the past 30 years we’ve seen a similar decline in manufacturing jobs from similar causes, augmented by offshoring in chase of cheap labor, with people moving to service industries. The current opportunities in both agriculture and manufacturing are both very different from prior versions. Neither is back-breaking and both require advanced thinking, science and technology capabilities.

So what does the future hold for manufacturing? That is a particularly poignant question today, with headlines dominated by protectionism, EU and Brexit, cyber criminals, and immigration and environmental debates. Moreover, the economics of the manufacturing industry are changing right now. The economic life of intellectual property is falling while the dynamism of materials science explodes. Digitization is everywhere, which enables the 3-D printer to increasingly meet the “I want it, and I want it now” aspect of demand. New distribution channels are evolving, influenced by the need for cost reduction and the expectation of immediate supply.

Remember RIM/Blackberry, which made the mistake of saying their phones were for serious business while smartphones were toys? Sony has a similar story with its once-ubiquitous Walkman. Kodak was busy hiring chemical engineers as they wasted the patent on digital photography. Now we can print small parts, production volumes of large parts, and homes with 3D printers. That evolution took over 30 years. Internet of Things is descriptive of the growing reliance on capture, movement and analysis of data to better understand customers, product performance, and equipment status. That evolution is well underway. The next evolution will soon begin.

If you assume your industry is immune from these shifts, you’re wrong. Whether B2B or B2C, your world is morphing into something you haven’t faced before.

Increasing speed, flexibility and effectiveness are obvious. But what does that mean in strategy and execution? Put simply, every single aspect of a manufacturing business must be faster, more flexible, and more effective next year than it is this, and even more so the year after.

Manufacturing will evolve into two fundamental models: one characteristic of those businesses that must be capital intensive, the other of those that do not need to be capital intensive. The two models will deal with the same challenges, but differently. The latter will lead with cutting edge thinking, processes and relationships, while the former will benefit from observing and adapting.

Capital intensity increases the costs of being wrong. Those organizations will increasingly share risks with customers, suppliers and competitors. Think the capital equipment sharing economy model of Uber or cloud computing. Whether through joint ventures or shared equipment, product mix will be more flexible through building, equipment, and process design, augmented by manufacturing technology. Optimized for little, capable for much. Employment levels will be more stable, but jobs will change frequently. The chemicals industry has dabbled in this model for years, but the concept will become more flexible and widely shared.

Those manufacturing industries without burdensome capital requirements will master immediate market and technical verification and time-to-market with test quantities, quickly followed by production quantities when warranted. That means market testing and scale up from R&D to production will be core competencies. It means data analytics throughout the product life-cycle. This model will also develop its sharing economy, more in technology and specialized skills than physical infrastructure. First Build, a subsidiary of GE, is an excellent example of the capabilities. GE gave that R&D organization one year to turn positive cash flow, followed quickly by profits. They did it.

The reduced life-cycles of products in these industries will lead to more “project employees” with the requisite skills for a particular concept. Just as GM and Ford are beginning to realize they are in the transportation business and not the car business, manufacturers will broaden their view of their industries away from products and into “created conditions.” Toyota has long been working on creating accident-free movement of people. Others are beginning to see that. Rapid learning cycles, both internally and externally focused, will separate those who thrive from those who sputter. Goodyear production requires capital equipment, but now 97% of their new products are delivered on time, and 100% are profitable. Materials R&D continues in all arenas, including rubber, worldwide. The agility of this tire company will enable it to quickly adjust products and expertise, as needed.

A support industry that will germinate and climb in this new world is executive-recruiter-quality organizations that can identify the exact right person with the exact right skill set -technical, thinking, and behavioral- that is needed for a project. Human Resources passing resumes around to hiring managers is already slow and ineffective. Similarly, the current headhunter business model of collecting and sending out resumes, which basically parrots the ineffectiveness of HR, will decline. Selection success rates, for both companies and individuals, will climb because they must. That means operations leaders must be able to clearly define the thinking and technical skills they need.

For some, these coming changes indicate the impending demise of manufacturing as we know it. Darwin made an important point about change. Note that he said surviving species are “adaptable” to change, not that they “can run from” change.

Yes, it will not be manufacturing as we know it now; it will be better. Consider agriculture, which bears little resemblance to its century-old version. I see an incredibly fascinating and bright future for manufacturing, moving from a methodical ballroom dance to the precise choreography of the Whirling Dervish.

May I have this dance?