What’s wrong with running an average, and profitable, manufacturing business? 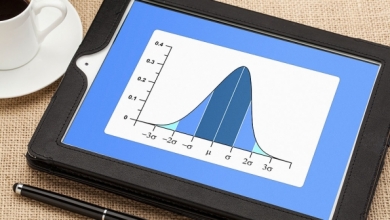 What’s wrong with running an average, and profitable, manufacturing business?

Every executive of a manufacturing business is bombarded daily with articles and books telling them how to create operational excellence. But every day those same executives, in both their personal and professional lives, interact with some very average companies.

So what’s wrong with running an average, and profitable, manufacturing business?

The Bell Curve Keeps Shifting to the Right

A business that delivered outstanding performance just two years ago, without improving that performance, now sits on the left side tail of the bell curve. The company that is average today, will be on the left tail, if not completely off, the bell curve tomorrow. Even being average requires continuous improvement.

When I was an executive with Stouffers Frozen Prepared Foods in the 1980’s, their product quality was head and shoulders above the competition, and so were their prices. Seeing those margins, other companies rushed to fill the gap and serve the “average” market. What was once an obviously superior product was now merely better. But was it enough better to justify the higher price?

Had those “gap fillers” offered only average service to the market, Stouffers could have easily retained dominating market share. But they offered great service. Their target market was the average consumer, but their performance to customers was excellent. Their products weren’t of the highest quality — Stouffers retained that crown — but they served a huge market of average consumers and customers — grocery stores — gladly gave them shelf space to do so.

When it Absolutely Positively Has to Be There Overnight

Fed-Ex initially differentiated itself from other package delivery services by promising reliable speed. Now everybody and their brother offers next day delivery. But it seems that every December for the past few years, package delivery companies have failed to keep those promises, disappointing consumers. And so Amazon examines incorporating delivery into its business model instead of outsourcing it. Steady reliable service that falters opens the door to the competition.

Operational Averageness is an Acceptable Goal

You do not have to deliver the best performance to your customers to have a viable profitable business. A few key things to remember in being average:

There’s nothing wrong with running an average profitable manufacturing business. But its not nearly as easy as it sounds.

As Published By IndustryWeek