“Design for ReUse” can be executed profitably now. 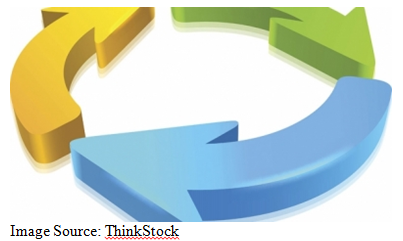 Early in mass manufacturing operations design teams created products that were difficult to actually manufacture, especially repeatedly and reliably. Ergo, Design for Manufacturing processes were developed and are now used by the majority of viable manufacturers.

During the 1960’s and 1970’s several car companies produced vehicles that required moving the motor to change sparkplugs. Those and other equally embarrassing designs led to the development of Design for Service processes. Producers of products that require maintenance typically utilize those methodologies in the design process.

The major improvements in product design theories have been about “us.” “Us” may be the manufacturer, the consumer, or the distributers.

Now it’s time to commit to Design for ReUse methodologies, becoming more common in construction but less so in manufacturing, for the benefit of “them.”

“Rare earth metals” is self-descriptive. All resources are limited, if one thinks further into the future than this generation. Design for ReUse — or the same concepts under different names –- looks to the future and can be executed profitably now.

If you had to repurchase all the products you have sold at the end of their useful lives, what would you do? Design for that. Why place that responsibility on others?