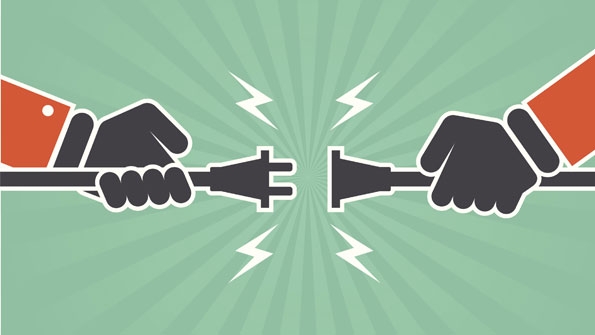 Most manufacturers with sales over $5M (USD) have some kind of ERP system. Why? Often, it’s simply because they outgrew Quickbooks, or someone told them they need one to track costs to jobs, or because everyone else has one.

Job costing is rarely worth the effort, especially when it means technology investment and wasting time reporting and reviewing arbitrary approximations. I realize that’s heresy to many of you, but it’s true nonetheless.

Initially, MRP systems were developed to automate inventory tracking and to support scheduling. Software companies added bells and whistles, often at the request of manufacturers, creating the acronyms MRPII and ERP along the way.

These fully integrated systems can do amazing things, some of which is important to a business. But I have yet to see one that can actually execute Lean or Theory of Constraints (TOC) scheduling effectively, and most of us know that MRP scheduling relies on perfect information that exists only in our dreams.

If you’re a truly lean company, you are eliminating transactions -– not adding them. I tried using Eli Goldratt’s software in the last half of the 1980’s and even his was too complex and unreliable to use effectively. It’s easy to promise Lean or TOC scheduling, but do not accept that on face value or on some simplistic demo.

ERP systems are not inherently bad, but they can facilitate a lot of “feed the machine” data reporting that will not ever pay for itself.

ERP systems are not inherently bad, but they can facilitate a lot of “feed the machine” data reporting that will not ever pay for itself. They offer features and functions that sound great, but are rarely effectively implemented in a way that adds to business success.

You likely already have an ERP system, and you don’t need to unplug it. But you do need to take a very serious look at how it helps you become a better company. Use what brings value and do not force-feed features and functions on your organization. Your people have more important things to do.