Three steps to getting a jump on the competition: Make your 2016 plan now — while others coast through the holiday seasons. 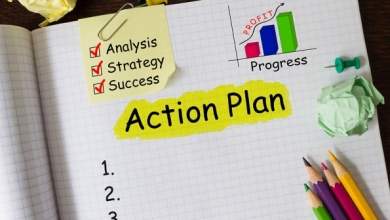 We’re rounding the final turn of 2015. This is no time to take your foot off the gas. Instead accelerate as others coast during hunting and holiday seasons.

These three acceleration opportunities are yours for the taking, and all three can be completed before lunch.

To work on that during Q1 2016 wastes 25% of the year you intend to advance and saps resources unnecessarily.

If you think putting that together takes time, you’re wrong. The job of leadership is to lead. If your team can’t answer those questions in under an hour, you will answer them in under an hour. An operations team that doesn’t know the business and its operations well enough to do that takes us quickly to the next acceleration advance.

If you think that is the responsibility of HR, you’re wrong. If you think it’s cold-blooded, you’re wrong. The future of many inside and outside your organization depend on your willingness and ability to develop a team for the future. I didn’t say fire the one who has topped out, but I did say you owe more to yourself and others. That person can contribute elsewhere, and if not, will be better off moving out of the organization.

Waiting until after the holidays, then scheduling multiple meetings, and allowing numerous priorities and actions for all will assure a distant finish in 2016.

As Mario Andretti famously said: “If everything seems under control, you’re not going fast enough.” That does NOT mean be reckless.