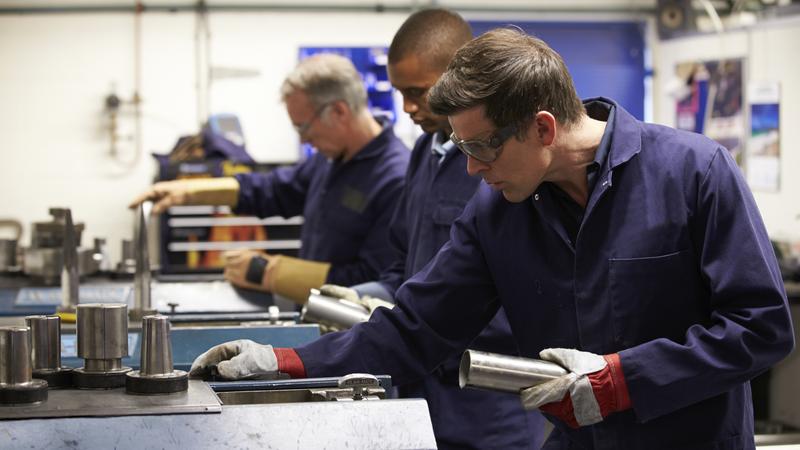 Image provided by Getty Images (monkeybusinessimages)
Lean manufacturing is misunderstood and disparaged, with an absence of facts behind the perception.

Luckily for manufacturing, the reputation is rarely valid, and all the industry has to do is show a current authentic picture to enough influencers to sway public opinion. Not easy, but doable.

Lean manufacturing also has a serious PR problem. Lean is as misunderstood and as disparaged as manufacturing, with an even greater absence of facts behind the perception.

The challenge here is a bit greater, because many individuals and organizations use the term “lean” to describe something that is anything but — and audiences believe them.

So, what is lean manufacturing? Lean is not about laying people off.

True lean, based on the Toyota production system, is focused on developing people, improving every single day, and bringing value to the market. And doing all of that in ways that benefit the greater community.

If those objectives don’t apply to a business, one has to ask why that business exists. Without improving the performance of employees and the business, it won’t exist much longer.

Lean is a system that includes tools, not a system of tools. Companies that try 5S, one of the basic tools, and don’t have a true understanding of what it is or why they would want to use it, all too frequently cry out that “lean doesn’t work here” after failing. Without context and purpose, it’s wasted effort.

Lean isn’t just for car manufacturers. Yes, the tools of lean that most people have heard about were developed by Toyota to solve problems that company faced in making cars. But don’t try to cut and paste those tools for your company! Instead, look at the thinking behind those tools and take what can make your operations better. Some will, and some won’t. And all will likely require modification to fit your reality.

Major homebuilders, health care, and other industries have discovered how much they can learn by studying true lean manufacturing. They don’t make cars. Some of them don’t even make products at all. But they, and their customers, are realizing the benefits of lean thinking.

Toyota has been working for decades on the injury-free vehicle. Advances like seatbelts, airbags, cruse control and blind spot indicators have each been steps along that journey shared with many other producers. The current publicity about driverless cars is a giant leap in that direction, with many non-auto-manufacturing companies joining the fray.

Other companies are working hard right now to create incredible value for consumers, either directly or indirectly. That doesn’t mean they rely on principles of lean, but it does mean they aren’t satisfied with average performance.

You may have already excluded lean as an option for your company, or you may be trying your hardest to make it work for you. Either way, I encourage you to find out what lean manufacturing really means, how the concepts can be used to help your organization thrive, and your alternatives for long term success.

As you work to learn from others, remember that just because they call it lean doesn’t mean it is. At least manufacturing doesn’t have that problem!