To automate, or not to automate. To re-shore, near-shore, or off-shore. To insource, or to outsource.

Those are just a few of the strategic decisions that manufacturers face today. And each can have a major financial impact. 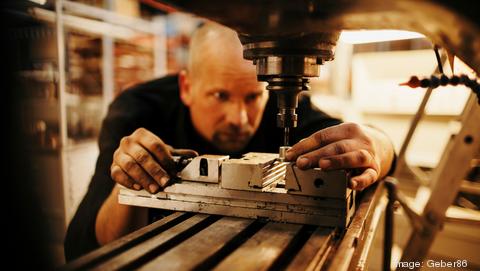 If you have no real vision and no real business strategy, now’s the time to fix that problem

Automation is a multi-faceted question, with multi-faceted answers for most of you. Not everyone needs robots, but many of you can benefit greatly. Safety and precision are two leading reasons to automate. Supporting workers is the third most common. Eliminating labor was a short-sighted reason that guided discussion of the “lights out factory” decades ago. Robots continue to become less expensive to buy, but operating them is far from free. If you don’t have internal expertise, develop it before you start purchasing equipment.

Most of you must become invested in the Internet of Things (IoT) at some point before 2020. Whether it’s machine-to-machine, machine-to-human, or machine-to-the-internet-for-data-use, machine-generated data will soon be fundamental to how we do business. It’s time to introduce your organization to the basics, if nothing more. It’s time to develop data capture, maintenance, and analytics capabilities.

If you think IoT won’t impact your industry, you’re wrong. Just like EDI, barcoding, RFID and ERP became basic, IoT will leverage those and quickly bypass them in terms of valuable information.

Protectionism is spreading, which means the advantages and disadvantages of import and export are changing. Related strategy reviews began a few years ago. GE’s Jeff Immelt announced that due to world-wide increases in protectionism, GE is changing its globalization strategy. Instead of specialized production centers and world-wide exporting, it will transition further towards localized self-contained production.

Over the past seven years General Motors has in-sourced a significant number of IT, production, and professional jobs while investing more than $20 billion in infrastructure. But few of you are GM or GE. Their strategies make sense for them, but not necessarily for anyone else.

Jason Wolfe, CEO of NovaLink — a U.S.-based near shore manufacturing solution with three manufacturing facilities in Mexico and one distribution center in the United States — suggests that near-shoring continues as a viable option for U.S. manufacturers. Wolfe says, “Even if a 20 percent tariff is put in place, the labor rates in the U.S. will remain approximately five times higher than the labor rates available in Mexico and elsewhere. Additionally, as the dollar continues to strengthen against the peso, as it has over the last six months, the impact of a tariff goes increasingly unnoticed.”

Wolfe continues: “Minor changes to NAFTA would be logical and beneficial, but ultimately Mexico is the United States’ greatest asset in manufacturing. While relocation to the United States makes sense for some companies already positioned to invest in automation and receive the benefits being offered, the sub-assembly producers and small to mid-sized businesses have to remain competitive to survive. A lot of companies are unable to invest billions of dollars on capital improvement and automation, so Mexico must continue to play a large role in supplying competitive markets of labor and reinforcing the U.S. manufacturing base.”

Four rules to keep in mind

How should the average mid-sized manufacturer answer the automation, shoring, and sourcing questions? Here are four rules to keep in mind while deciding:

The first rule: To not decide is to decide.
The second rule: Make vs. buy is old but sturdy.

By adding competitive contribution to the old calculation, it still applies. Supply-chain management should always be aware of potential suppliers that improve your competitive position. As the needs of your customers and your business change, SCM can follow standard processes for evaluating alternatives.

The third rule: remember that Kodak was still hiring chemical engineers when digital was exploding.

Your technical resources should support the business you’ll be in in five years, not what you were five years ago. That means something different to each of you, but I hope no one is saying those are one and the same.

The fourth rule: If you don’t know where you’re going, any road will get you there.

Manufacturing leaders will make these decisions soon. Each can be optimized with reasonable analysis and an operations strategy that supports your business vision. The four together can also be optimized as part of your operations and product management strategies. But if you have no real vision and no real business strategy… well, now’s the time to fix that problem.